What Are The Major Differences Between Data Center Tiers?

Are you choosing a suitable data center for your business? When making a decision, the tiers’ concept becomes essential because it affects performance and can be a crucial factor in determining how efficient a business is and how reliably it can deliver the goods and/or services they provide. In essence, data center tiers differentiate between the various reliability levels that a data center can effectively guarantee.

A data center tier, or level, in other words, is used for differentiating key data center requirements, the focus being redundant components, cooling, load distribution paths, and other specifications. Each of these tiers can be defined precisely. The simplest way to differentiate between data center tiers is their reliability, based on how long they are offline each year, on average.

So what sets data center tiers apart, and what does it take to improve a data center in such a manner as to increase its tier? How many tiers are there, and how are they defined? Here, we’ll discuss the four tiers that exist and the fifth, which has only recently emerged, featuring more stringent requirements and improved reliability and redundancy. Let’s quickly go through all these tiers to develop a basic understanding.

A Tier 1 data center is the simplest and the lowest level of all.  The uptime level is around 99.671%, but compared to other tiers, it is a bit on the lower side because the data center features no or little redundancy. Thus, this means that power and cooling equipment has access to only a single path, implying a downtime of 28 to 29 hours every year.

Due to its lack of intrinsic reliability, tier-one data centers are limited in their capacity to provide service to businesses that cannot sustain the kind of hampered reliability that is to be expected from this level of the data center. Due to their lack of extensive redundancy, and other key omissions from their design, they are not suitable for companies that require unfaltering reliability and failproof service.

A Tier 2 data center has an uptime of 99.741%, meaning that the total downtime hours in a year are not more than 22. As a Tier 1 data center, the path for power and cooling is still one, but such a data center does comprise some redundant components, including a backup generator or cooling equipment, increasing their perceived reliability. While they may not seem distinctly different from their lower-ranking counterpart, tier two data centers are markedly more reliable than the former.

A Tier 3 data center is the choice of larger companies, featuring an uptime of around 99.982%. This means that the data center won’t go down for more than 1.6 hours in a year.  Uptimes improve considerably for a Tier 2 data center because it features a sophisticated infrastructure and a high redundancy level, along with multiple paths for power and cooling. All the components are also connected to multiple power sources. If any of these fails, others can be utilized instead, so performance isn’t affected.

Due to their vastly superior reliability and security, tier three data centers are often the choice of law enforcement departments, fire departments, healthcare facilities, and any company that wishes to gain a reputation for reliable and dependable service. Additionally, due to its performance superiority as compared to tier two data centers, it’s often chosen as a compromise between performance and affordability.

Mega enterprises often select a Tier 4 data center, which exceeds the performance of all three tiers described above. The uptime percentages are as high as 99.995%, meaning that the data center will only suffer downtime of 0.5 hours in a year. A Tier 4 data center also features 96-hour protection from the power outage and multiple redundancies to ensure that the system can maintain consistent performance despite extensive equipment failure.

While the redundancy level necessary to operate a tier 4 data center is often prohibitively expensive to operate and maintain, companies with the resources to take advantage of the improved performance and reliability do so without hesitation. Government agencies also often operate their own data centers that meet tier four data center requirements.

Tier five data centers offer a unique set of benefits compared to the lower tiers, creating a unique niche in the market. Whereas the lower tiers are distinguished from one another by their increasingly unquestionable reliability and performance, tier five data centers have a much more complex and nuanced appeal. To put it simply, they offer a unique set of benefits in addition to their exceptional performance and reliability.

This tier of data center appeals primarily to businesses, institutions, or organizations that are concerned with public perception regarding their environmental policy. As a part of an “eco-friendly” public image, tier 5 data centers offer a level of perceived environmental concern that is often overlooked in discussions surrounding the lesser data center tiers. In a few words, tier five data centers are worth the exorbitant amounts that they cost to construct and operate.

When it comes to choosing the ideal data center for your business, the primary consideration is the need for data availability and the ability to tolerate downtime without significant impact on the business’s operations and vitality. For businesses dealing with high availability and increased security needs, a Tier IV data center is the recommended option.

Discover how Volico can help you with your Data Center Colocation needs. 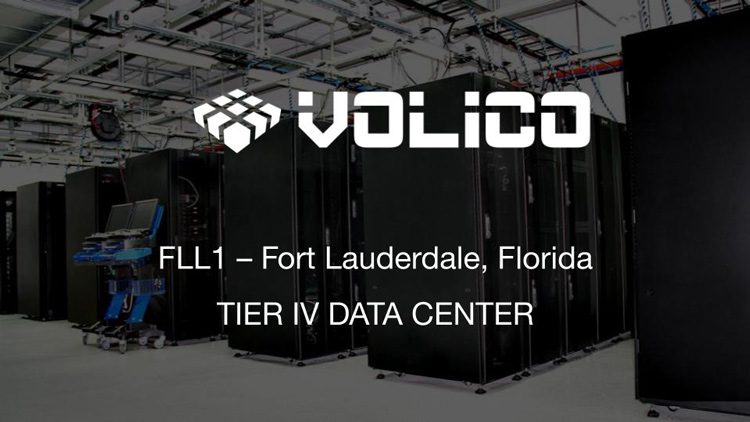 The Difference Between Lit Fiber and Dark Fiber

What Is Ceph Storage Cluster & Why Our Data Center Customers Love It?

The Difference Between Lit Fiber and Dark Fiber