How to choose between GPU and CPU?

Do you require GPU processing capabilities, or does CPU satisfy your highly complex computing tasks?

If you’re considering buying or upgrading your server, you should decide what works best for you; a GPU or CPU.

This article will cover the differences between GPU and CPU regarding speed and performance to help you decide which is the best option between the two.

As we set the stage to discuss GPU vs. CPU, we can tell you one thing from the get-go; CPUs have a high cost per core compared to GPUs.

You can have a dozen CPU cores or a few thousand GPUs for about the same investment. In fact, the top 500 supercomputers get most of their new processing power from GPU.

So, what’s the difference between GPU and CPU? Let’s take a closer look. 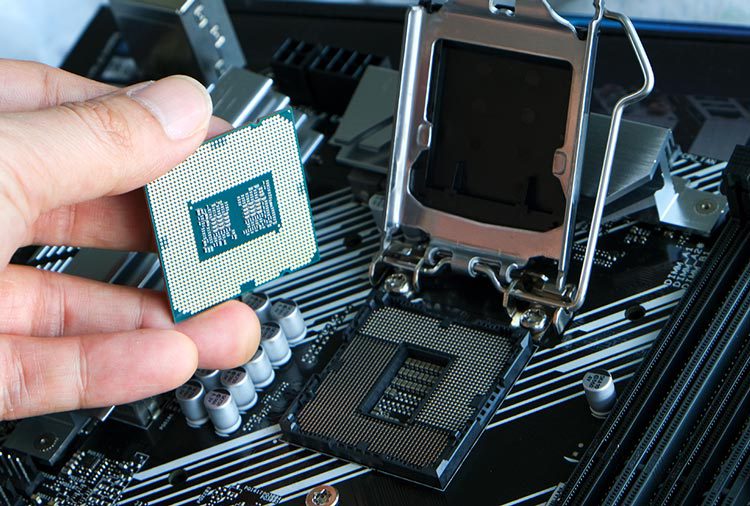 What Is a Central Processing Unit (CPU)?

For starters, CPU is an acronym for Central Processing Unit.

A CPU is the microprocessor that executes the instructions given by a program according to operations like logic, output, input, control, arithmetic, and algorithms.

A dedicated server uses two or four physical CPUs to execute the basic operations of the operating system.

Cloud VPS servers, on the other hand, come with virtual cores allocated from a physical chip.

Generally, if your tasks require faster processing, you can add more CPU power to your system and allocate more processor clock cycles to the tasks that you want to happen quicker.

Most basic servers run on 2 to 8 cores. Powerful servers have 32, 64, or even more processing cores.

What Is a Graphics Processing Unit (GPU)?

A GPU is a processor chip specially designed for use on a graphics card.

GPUs that aren’t used to draw on a computer screen, like those in a server, are often called General Purpose GPUs (GPGPU).

While GPU’s clock speed is lower than that of modern CPUs (typically 500 to 800 MHz), the number of cores on each GPU chip is much denser. In fact, this is one of the most notable differences between a graphics card and a CPU. The ripple effect is that a GPU can execute many basic tasks simultaneously.

Originally, GPUs were designed to calculate the position of hundreds of thousands of polygons simultaneously and determine reflections to render an image for applications like video games rapidly. However, you can now use GPUs to speed up calculations involving huge amounts of data.

While the GPU core speed is progressively increasing, it is still lower than CPUs. The latest graphic cards have a core speed of about 1.2 GHz per core. 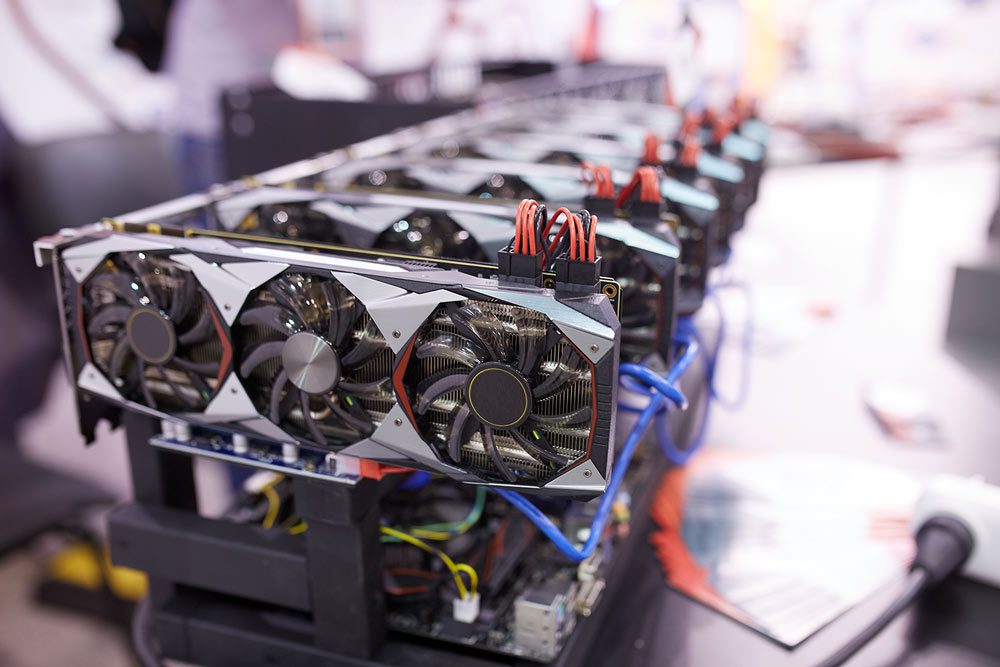 First, it is important to understand that a CPU works jointly with a GPU to boost data throughput and the number of simultaneous calculations within an application.

That said, a GPU can’t replace a CPU fully. Instead, it complements the CPU functionality by enabling repetitive calculation to run concurrently within an application as the main program continues to function on the CPU.

You may want to think of a CPU as the “brain” of a computer system or server, coordinating various general-purpose tasks as the GPU executes narrower, more specialized tasks, usually mathematical.

By leveraging the power of parallelism, a GPU can complete more tasks than a CPU in the same amount of time.

So, Why Not Run the Entire System on GPU?

Sure, GPUs are faster than CPUs. But, on the flip side, they aren’t as versatile as CPUs.

One major constraint is that GPUs only execute the same task simultaneously, a mechanism known as Single Instruction, Multiple Data (SIMD).

So, suppose you’re performing thousands of separate parallel calculations, such as cracking a password hash. In that case, a GPU can work excellently by performing every calculation as a single thread with the exact instructions.

However, a GPU will be relatively slower for kernel operations like opening new index pointers or writing files to a disk.

GPUs carry more operational latency due to their lower speeds and memory. CPUs, on the other hand, have lower transportation and reaction times (which is better) because they’re tuned for fast, single instructions.

GPUs are designed for greater bandwidth, which explains why they’re ideal for concurrent processing. CPUs are built for quick individual calculations; that’s why you’re better off with a CPU if you generate a single password hash instead of cracking one.

Which Applications are Best Run on a GPU?

A GPU, in its intended original use, is meant to display graphics on a screen.

So, do you need a graphics card on your server?

Well, it depends. While your server doesn’t have a monitor, you can leverage a GPU to perform tasks beyond drawing on a screen.

Some of the repetitive and highly concurrent computing tasks GPUs excel in include:

One of the most popular uses of GPUs is mining cryptocurrencies like Bitcoin.

Because GPUs are excellent for executing many floating-point operations per second (FLOPS), they’re perfect for effective mining.

Still, GPUs are no longer utilized at scale to mine cryptocurrencies, thanks to the emergence of technologies like Field-Programmable Grid Arrays (FPGA) and then Application-Specific Integrated Circuits (ASIC).

Which Tasks are Better Run on a CPU?

CPUs are better at performing tasks that heavily feature algorithms that are difficult to run simultaneously. These include:

Since CPUs are specifically designed to allow the system to plan and enforce scheduling for components and clock speeds of the cores, they’re best suited for processing single, complex math problems quickly.

GPU vs. CPU – Can They Work Together?

Sure, your system doesn’t have a switch that allows you to direct, for instance, 10 percent of all computation to go to the GPU. In concurrent processing situations, where you can potentially offload commands to GPU for calculations, you must hard-c0de the instruction into the program that you need to perform the work.

However, manufacturers like NVidia and open resource developers offer free libraries for use in common coding languages like Python or C++, allowing developers to leverage GPU processing where it is available.

GPU vs. CPU – How Do You Choose the Correct Server for the Job?

As we’ve seen, GPUs and CPUs have different processing capabilities.

Deciding whether to anchor your computational infrastructure on GPUs and/or CPUs primarily depends on your anticipated workload and computing environment.

In a data center, it is crucial to take advantage of both GPUs and CPUs. Keep in mind that the overall performance of your system will largely depend on the completeness of your hardware, software, and developer’s ecosystem.

Your workloads will demand various technologies, so leveraging GPUs and CPUs will bring together specialized and general-purpose processors into your server and devices, helping you achieve better performance and efficiency while saving you money.

After all, your success is determined by the ability to match the right processor to your applications.

Does Volico Support GPU and CPU?

Yes. Volico servers take advantage of GPU and CPU communication. Both CPU and GPU have different areas of excellence, and knowing their boundaries will leave you better off when it comes to choosing optimal server hardware for your business.

If you’re interested in implementing a computing environment that can leverage GPU and CPU processing capabilities, our experts are happy to talk to you about your needs.

How Bare-Metal Colocation Can Benefit Your Infrastructure

Everything You Need to Know About Bare Metal Servers