What is a Solid State Drive?

Solid-state drives (SSD) were commercially showcased in 2007 at the Consumer Electronics Show (CES) in Las Vegas, Nevada. These drives, like traditional hard drives, are data storage devices. Unlike hard drives, however, SSDs use semiconductor technology rather than electromechanical components which means there are no moving parts to the drive and therefore run silently. The lack of moving parts also nearly eliminates the possibility of mechanical failure.

The backbone of the SSD is its design, using essentially the same technology as the USB flash drive and other NAND Flash non-volatile devices, including Compact Flashcards. As previously mentioned, there are no moving parts, which creates extremely fast access to the data contained in the drive. Without the need to spool the drive or move the read/write head, seek times are typically orders of magnitude lower which in turn dramatically improves random access read times.

Comparisons: Which Drive is Best For You?

The choice of which storage medium to use is an important one. Ideally, you need to weigh the pros and cons and consider which solution is right for you. A dedicated server environment is significantly different from a desktop environment, so keeping that in mind is necessary.

What About Server Performance?

Generally, SSDs of similar quality tend to out-perform their HDD counterparts in dedicated server operations as is shown in the graphs below. The difference is staggering and it’s not uncommon to see performance gains of more than double. Super Talent MasterDrive MX, Samsung FlashSSD, and OCZ SATA II are the SSD drives in this scenario. 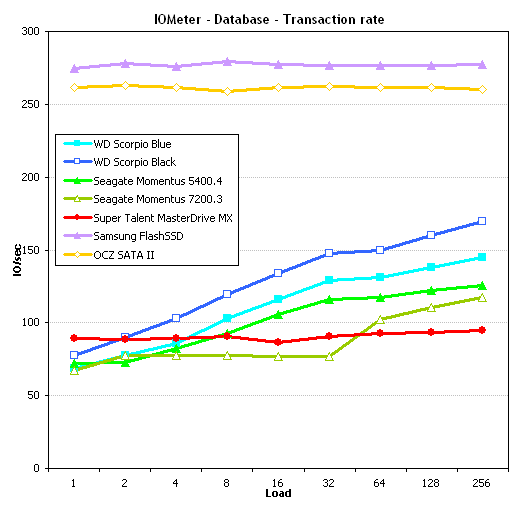 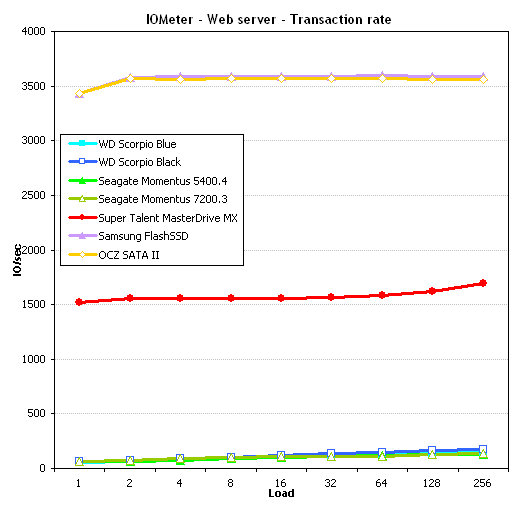 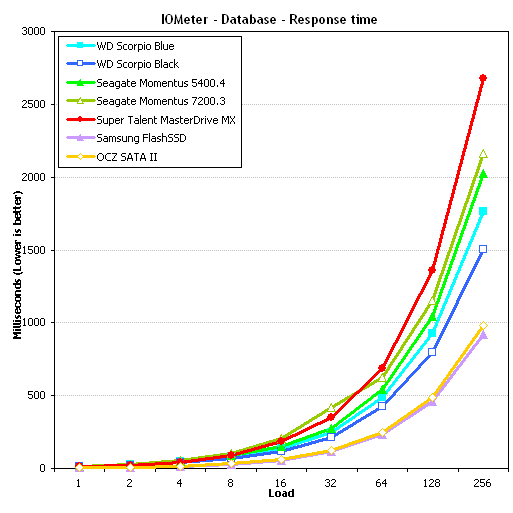 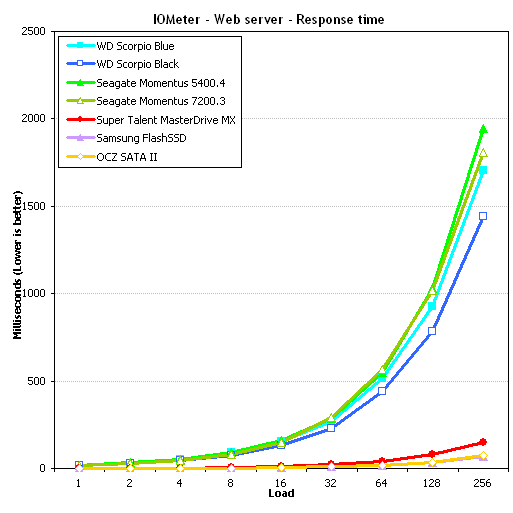 As you can see, the OCZ and Samsung SSDs easily outperform even the best of drives, while the MasterDrive holds its own against the big opponents in most benchmarks, even going so far as to triple more than its performance in the webserver setup — a read-only arrangement.

When it comes to read operations, SSD is the clear winner. It’s important to take into account the behavior of your environment before deciding on your storage device. Will your server primarily be a read-intensive web server or a heavy-write database-driven application? These are questions you should ask yourself.

As the above list spotlights, SSD storage is a superior option. That being said, it is also less readily available and more expensive. Whether the increased price tag is worth it for your business depends on your budget and needs. If you have the means to switch and are finding your business suffering from slow load times, repeated fragmentation, and an overall lag in-service performance, SSD is likely the best bet for you. While the cost of SSD server storage is higher, the performance benefit of faster read times can be a boon to those seeking a more responsive dedicated machine. Coupled with the increased mechanical reliability and faster server reboot times, this may just be the solution you need.

How Bare-Metal Colocation Can Benefit Your Infrastructure

Are You Using the Right Data Storage Solutions for Your Business?

Everything You Need to Know About Bare Metal Servers