How is the new Apple M1 processor accelerating machine learning capabilities up to 15 times?

December 9, 2020Dedicated Server, Managed Servicesvolico
New technologies are innovating the way we live our day-to-day lives, and everyone passionate about technology can’t help but wait to see what’s the next best thing tech companies are bringing to the table. One of the most recent innovations comes from Apple, which announced the release of a new processor that will power their Macs.

The Apple-built M1 chip is the first-ever PC chip build by the company in-house, and it will be the first time since 2006 that new Macs are going to be powered by the companies own chipset rather than Intel processors. After Apple launched its new iPhone 12, the company held another event to highlight the new hardware, updates to the MacBook series, and the Apple M1 chip, debuting the latest range of macOS devices.

The new Macs advertise incredible specs with the new M1 chip with CPU speeds that are 3.5 times faster than the previous series and GPU speeds that are 5 times faster. The new Neural Engine will boost machine learning capabilities making it about 15 times faster, and the new Macs advertise up to 20 hours of battery life. It is said that the new Apple M1 chip is going to accelerate the machine learning process drastically, and here is how!

Apple says that the new M1 is the first PC chip built using 5-nanometer process technology. The 8-core chip consists of over 16 billion transistors, and Apple’s Neural Engine enhances machine learning capabilities. Architecture wise you are looking at a chip that has 1 GPU, 1 CPU, 1 Neural Engine, and more DRAM units built into the processor.

The 8-core CPU, 4 of which are high-performance cores for tasks and data processing. Its current setup is designed to enhance process capabilities, making it more efficient and lowering power consumption. Apple doesn’t advertise any speeds for the processor on their website, but some cross-platforms for benchmarking say that its base frequency is 3.2GHz, higher than the Intel Core i9-9880H found on the 16-inch Macbook Pro.

Apple M1 chip has an integrated 8-core GPU that executes about 25,000 threads. Apple claims it is currently the fastest integrated GPU for PCs on the market, and with a 2.6 TFLOPS (FP32), it is certainly impressive in terms of overall performance.

Data science values for GPU performance suggest that it would probably work well with video and image processing, gaming, and Apple Arcade. However, the GPU will not work well for machine learning. Still, the secret might lie within the architecture of the Apple M1 chip, which comes with a Neural Engine designed explicitly by Apple for machine learning processes.

If we start analyzing how much computing power we need to handle our office work, probably a low-powered Chromebook would be more than enough to meet our requirements. But, if you think about serious programmers that work on machine learning, they would need all the processing power you could get out of a CPU.

The most significant hype around the new Apple M1 chip revolves around the Neural Engine, which was specifically designed and incorporated within the chip to tackle machine learning processes. But is Apple’s new M1 chip able to compete against the most reliable machine learning intel processors currently known? If Apple’s claims about its M1 chip are true, it could be a game-changer in the industry.

For ML compute, the Neural Engine is the architectural component within the chip that can accelerate machine learning up to 15 times. But, since these are only claims, let’s take a look at some of the data science released after some tests have been performed on the pre-released ML platform and Macbook system powered by the Apple M1 chip.

Everyone in the ML and artificial intelligence world has used TensorFlow, the most popular open-source ML platform owned by Google. One of TensorFlow’s leading product marketing found out that a 13-inch MacBook Pro system with an Apple M1 chip, 256GB SSD, 16GB of RAM running the optimized version of TensorFlow 2.4 saw some significant jumps in performance compared to Intel processors versions of MacBook’s.

Results show that an M1-powered MacBook Pro with 8-core GPU, 8-core CPU, and a 16-core neural engine had better performances as far as ML capabilities go than a 1.7 quad-core Intel Core i7-based MacBook Pro. Proving that its new version is better than the previous one is to be expected, but the real eye-opener came when the M1-powered MacBook managed to outperform even the best version of Mac Pro systems powered by Intel.

The improved ML compute capabilities over its Intel competitor resulted from having a much faster M1 chip and an optimized version of TensorFlow 2.4 for the Apple M1 chip. Therefore, after running the tests on improved hardware and software, the system runs 4 times faster than its previous system versions run on old software.

With the speed of Apple’s M1 chip combined with the integrated memory for reduced latency and 20-hour battery life, this system could be a game-changer in the world of data science and machine learning. Many people anticipate a healthy competition between the HP Z6 G4 Workstation and the M1 MacBook Pro.

However, ML developers around the world who never considered purchasing a Mac for ML compute might want to consider the M1-powered Mac system as a viable option after it’s release.

Other New Releases From Apple

Apple’s big announcement was related to their release of the all-new M1 chip that will replace the Intel processors in the new versions of the MacBook series. They also mentioned some of the updates that will be featured on each model and the latest version of macOS, called Big Sur.

MacBook Air has been the best-selling 13-inch laptop on the market for some time, and Apple plans to keep it that way with the new-generation improved model. Powered by Apple’s new M1 chip, the latest version of MacBook Air will make it 3.5 times faster than its predecessor. Apple says that the 8-core GPU will enhance video performance and process graphics 5 times faster. The most significant boost is, of course, the ML compute capabilities, which also allegedly make it 9 times faster than the previous version.

MacBook Pro is not far behind performance-wise, and Apple claims that its specs meet more specialized demands. The added functions will improve the graphic design experience and audio/video editing experience, and it is a fine addition for students studying in any of these fields. MacBook Pro promises improved image quality and clearer audio with the M1’s image signal processor to help all remote workers with their video calls.

There is nothing compared to the Mac Mini for maximum laptop portability, especially with the improved version powered by Apple’s M1 chip. Mac Mini has promising specs claiming to make it 3 times faster than it’s predecessor. Also, the Mac Mini features 6 times improved graphic performance and 15 times improved ML compute capabilities compared to the previous version, and it is all packed in the smallest possible unit. Apple also claims that the new Mac Mini features an advanced thermal design that will keep it cool for longer.

On top of that, you have Volico Apple M1 Bare Metal Servers that come in two different configurations. With the single-tenant dedicated server, you can be the only user, and therefore it allows you to access all its resources. The unit benefits from the DDoS Threat Detection system, and it is one of the most excellent processing power units in a single-tenant environment.

Volico Apple M1 bare-metal servers come with the latest version of macOS Big Sur, and with 100% uptime SLA, the Cisco Powered Resilient Network will ensure round-the-clock server uptime. The M1 bare-metal offering comes at an extremely affordable price, and you can enjoy the personalized support from Volico for all hardware related issues.

News that Intel processors no longer power Apple’s devices was shocking enough, but powering their new version of MacBooks with one of their in-house built chips made it even more surprising. The Apple M1 chip’s advertised performance proves to be a strong competitor against some of the best chipsets on the market at the moment.

Can Apple’s new M1 chip deliver computing powers that outperform some of the best processors known so far? Is the M1 processor capable of providing faster machine learning capabilities that the other Intel-based systems? We will have to wait and see!

Apple has announced its new M1 chip built and available in the Mac mini. Volico offers these new single Bare Metal Apple M1 servers in two configurations, coming soon to all of our Data Center locations.

Want to be the first to get your hands on a Volico M1 Mac mini? Sign up here for early access to the Apple M1 mini while supplies last. 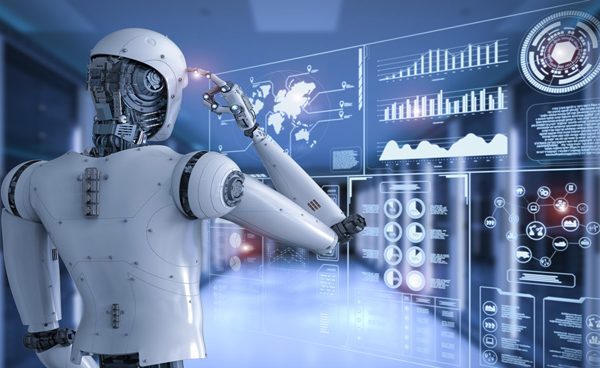 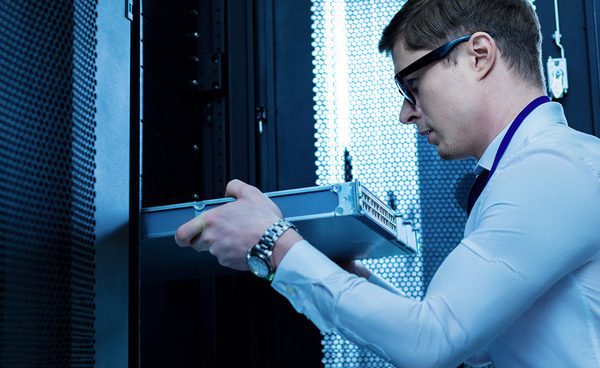 Managed vs. Unmanaged Servers: Which is Right for Your Business?

Linux vs. Windows: How to Choose the Right Server Operating System