Is Your Data Center Colocation Defending Against Today’s DDoS Attacks?

The global pandemic poses an immense challenge to colocation, hosting, and data center providers. Data center colocation and their customers continue to experience an increase in DDoS attacks. Cyber security threats have evolved tremendously in the past decade resulting in increased sophistication, frequency, and volume of cyber attacks. Distributed Denial of Service (DDoS) attacks, however, continue to be the leading risk to networks all around the globe. This is why it is critical to have DDoS Protection services. The first priority is providing the utmost service to clients, while customers expect high reliability, speed, and security as they seek to redistribute their servers between public and private clouds. However, the threats evoked by DDoS can be detrimental to a company’s servers and clients.

What is a DDoS Attack?

Distributed Denial of Service, otherwise known as DDoS, is a malicious attempt to overload or exhaust resources available to a network, application, or service so that it can no longer provide its service. Any business operating online may become a target of this threat in today’s environment.

The risk nowadays is that attacks are no longer isolated to one single point of entry. Instead, they may utilize many entry points and often use multiple compromised servers to forward spam, viruses, and other malware into your network. If successful, this may result in server outages, poor service quality, denying legitimate service users, and ultimately threatening your business with hours of downtime and potential revenue loss.

DDoS attacks occur when an organization points an absurd amount of traffic at one server (possibly a set of them) with the express goal of overloading the server to the point where it can’t accept or send any more data coming in or out of the network, and it just fails under the load. You might wonder where all of this traffic is coming from – after all, one guy in his basement can only visit your website so many times by himself, right? Typically these attacks come from a botnet of zombie PCs that have been infected with malware and will listen to the guy in the basement when he sends the command for all of them to visit www.yourbusiness.com. Depending on how your hosting works, you might either get your website blacklisted or banned, or you might get one crazy bill for bandwidth used. Oh, and the best part? It is relatively cheap to buy a DDoS attack from these sorts of characters. For businesses, none of these are good things, so let’s get into what you need to know as a business owner. 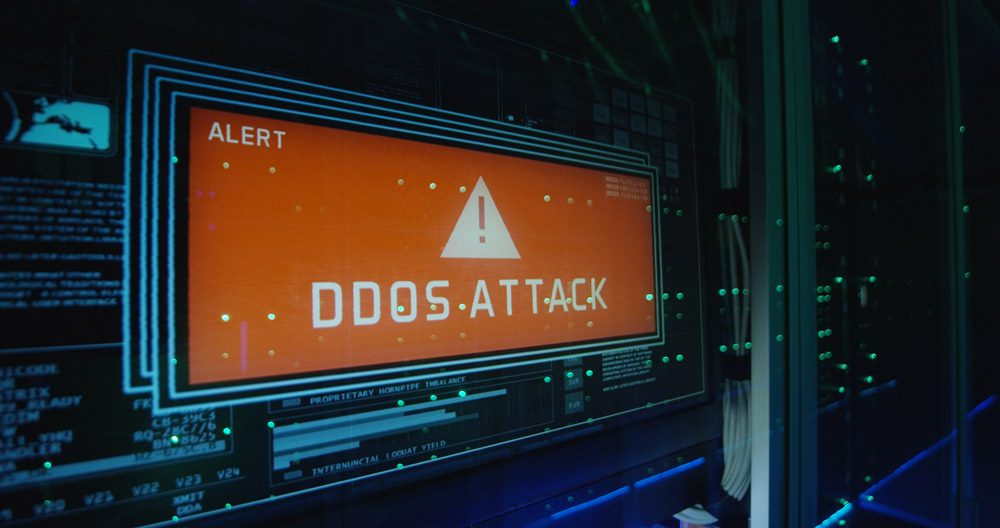 First and foremost, regardless of what type of business you are in, there is a risk of coming under attack by DDoS. Usually, organizations that use DDoS attacks are internet activists such as Anonymous, and some attacks have been believed to come from actual governments. The point is that there is a pretty big breadth of potential attackers that might become alienated with you or your industry for industry, and you might be one of the targets in the crosshairs to send a point. The really scary thing about DDoS is that traditional defenses such as firewalls can be easily overwhelmed by the sheer volume of data flying at your network during a DDoS attack.

Another thing to consider is that while DDoS attacks are known for gobbling up bandwidth, they don’t necessarily only come in knockout blows, though this is what you typically hear about in the media. Sometimes DDoS attacks start small and ramp up and make the network appear to be running slow and sluggish – you aren’t necessarily offline, but you might as well be if it gets bad enough. The flow of traffic can continue to grow and grow until finally, your server just quits entirely, and the attacking organization gets you offline. It’s sort of a dark parody of the tortoise, and the hare – an immediate DDoS attack will certainly get your attention, but servers acting up over time might seem almost natural until everything goes dark.

There are many layers to a network connection on the internet. Each layer varies from one another, yet all are critical to the overall functionality of the system.

The OSI model referenced below lays out the conceptual framework used in describing network connectivity in 7 distinct layers.

Nearly all DDoS attacks involve overwhelming a target device or network with traffic. However, these attacks can be divided into three main categories.

The most common form and most frequently seen in the news is a major headline. The attacker floods the targeted network with an overflow of traffic in order to consume all available bandwidth to the application.

By means of DNS Amplification, large amounts of data are sent to a target to create congested traffic.

Functions by targeting the network layer so that even though the network itself may not be fully consumed, networking resources such as firewalls or load balancers cannot efficiently process the packets being sent.

SYN flood essentially repeatedly sends initial connection request packets so that all available ports on a server become overwhelmed, resulting in sluggish or no traffic towards legitimate users.

Designed to target specific vulnerabilities within a specific server, forcing the application to handle illegitimate requests.

HTTP flood is similar to constantly refreshing a web page on many computers at once so that large numbers of requests flood the server. 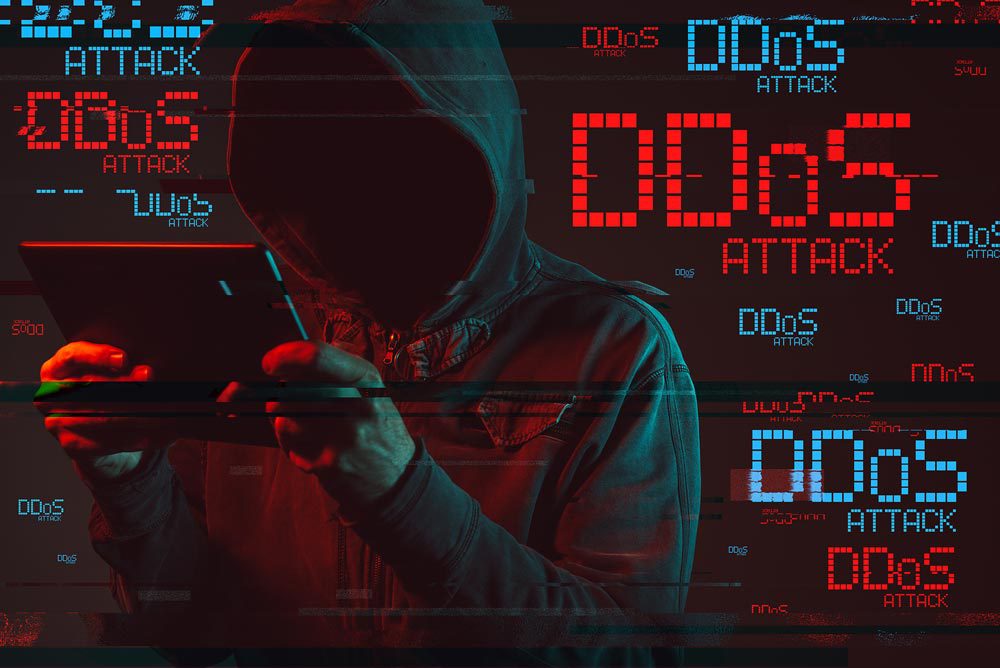 What is the right DDoS Attacks protection service for your organization?

Not all DDoS mitigation services are created equal. Choosing the right DDoS Mitigation Service can be difficult. IT departments should ask their data centers a few questions, such as:

Thousands of Distributed Denial of Service (DDoS) attacks occur every day. One attack may impact many more customers, so it is essential for companies to offer DDoS protection. The key concern in mitigating a DDoS attack is differentiating between normal customer traffic and attacker traffic.

One solution available is known as Blackhole Routing. In its simplest form, blackhole routing sends all traffic from the site into a blackhole which acts as a defense. Although this may not be an ideal solution as the network becomes inaccessible, it still, however, filters unwanted traffic away from the server.

Rate limiting is another strategy used for limiting network traffic. It limits the number of requests by capping how often someone can repeat an action within a certain timeframe.

A Web Application Firewall (WAF) is a tool that can assist in mitigating an attack by quickly responding to implement custom rules.

Anycast Network Diffusion scatters attack traffic across a wide network of distributed servers so that the traffic is absorbed by the network.

Alone, all the methods listed/described may not be sufficient to effectively handle a complex DDoS attack. Therefore it is critical to implement the proper measures to effectively secure your data center colocation.

Not only is it crucial to implement certain measures in protecting infrastructure from DDoS attacks, but it is also equally important to test your defenses to pick out vulnerabilities in case of a legitimate threat. It is much better to be proactive and check for vulnerabilities rather than waiting for the lightning to strike.

Today’s threats require constant attention and concern. Whether you have DDoS mitigation solutions or not, you must understand what a DDoS attack can potentially do to your data center.

Speak with a Volico security professional to see what preventative measures your IT department should take against DDoS attacks. Discover how Volico can help you with your Managed Security needs. 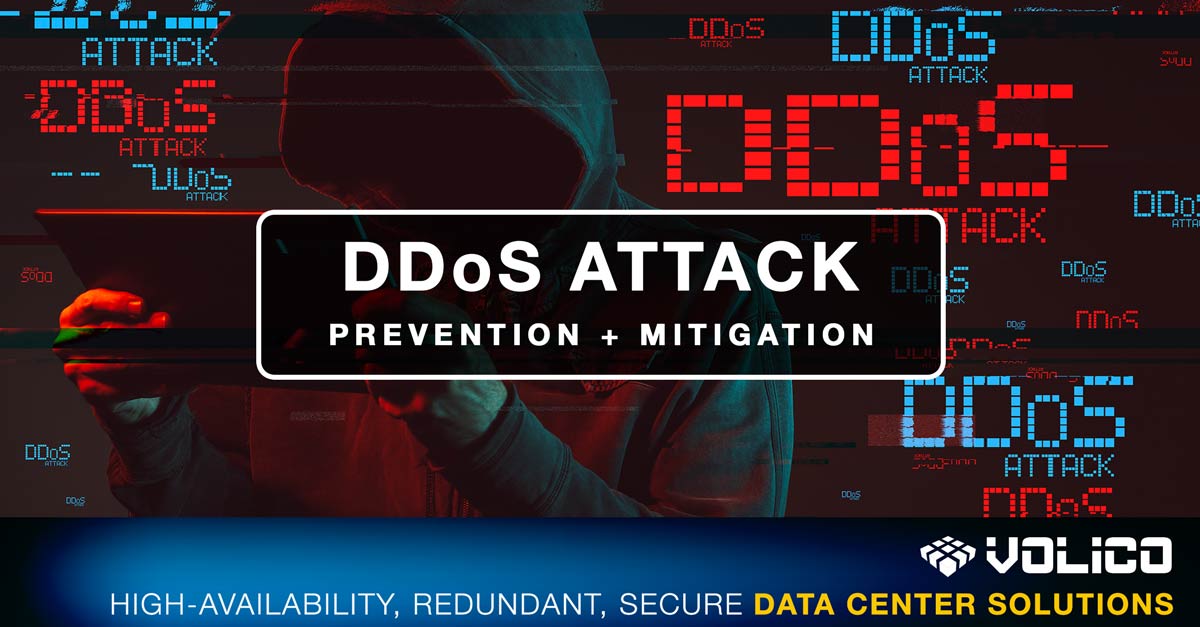 Should You Build Your Own In-House SOC?

Is Your Data Center Colocation Defending Against Today’s DDoS Attacks?

Should You Build Your Own In-House SOC?

The Critical Role of Colocation Data Centers in the Healthcare Industry