June 9, 2020Enterprise Hosting, Managed Services, Securityvolico
Network security now is the most important thing to have for all the businesses, no matter it’s a small SMB or a complicated enterprise. While researching network security solutions, companies are coped with various options from a solutions point of view for dealing with every threat to the solutions which merge services into a single appliance. Data security stays the most crucial cybersecurity matter on the map. Now, employing some form of firewall on your system is a standard, and generally, companies use a next-generation firewall (NGFW). Still, there is one more multipurpose choice that can be availed, which is named as a Unified Threat Management (UTM).

The first firewall concept was launched in the 1980s, and till now, several generations of security methods have been integrated into firewall resolutions. In 1990, particularly in its second half with the increased usage of the internet, novel security challenges had come forth demanding the firewall solutions to be amended with features that fulfill the requirements of security in computing environs. The increase in the popularity of the internet leads to the conversion of businesses to online platforms, highlighting the need and concern to secure the database in this modern era of information and technology.

The firewall market throughout the last five years had been dwelt by two fundamental ideas of solutions, which in some situations create confusion about the difference, scope, and functionality. To understand the basic theme behind these terms, their differences and to choose best for your company keep on reading the article.

The idea to launch the UTM firewall grew naturally with time, according to the demands of the businesses and development of the security industry itself. As novel threats and vulnerabilities were found, the firewall was raised with the latest features and capabilities. For this purpose, a UTM system was launched as a system that includes network hardware devices, cloud services, or virtual devices that save businesses from security hazards in a modified way by joining and incorporating different security services and lineaments. UTM devices are mostly boxed as network protection devices, which can aid in protecting networks against compounded security risks, including the attacks and malware that instantly point divided portions of a network.

UTM virtual network appliances and cloud services are gaining popularity because of the network security they provide, specifically for small and medium-sized enterprises. They both work the demands of a business as on-premises network protection appliances by presenting ease of use and centralized control for establishing network security defense.

As a restriction to the UTM firewall, we can highlight matters related to execution, as all security operations are centralized in one product. The matter becomes more visible in business environments, with a rich volume of packets and deficient hardware, leading to the impairments of the execution of security rules implemented in the environment. Then again, centralization can be unbelievably positive for businesses where an individual device will fulfill most of the security requirements, with significant competitive values in comparison to buying individual products to match the requirements individually. Unified threat management is an adjacent platform for security appliances, especially suitable for SMBs.

The NGFW was formulated with the need to solve the operational inadequacy announced by the UTMs. It showcases application control features and cryptic packet inspection in a remarkably cohesive and performing architecture. Complementary lineaments like malware and virus protection, web proxy, and others exist in the UTM firewall are not a component of the NGFW architecture as these lineaments have been outsourced and removed, assuring rich scalability grades for huge environments.

The basic share of NGFW rests in the technological improvements built from the cryptic packet inspection and the presence of applications, irrespective of the ports and protocols. Unitedly, these lineaments not only permit threats to be precluded, but they can also make more efficient and dynamic availability control policies for new eras security hazards. NGFWs are deep-packaged inspection firewalls that go outside the protocol/port inspection and closures to provide an application-level review, contributing intelligence, and intrusion bar from out of the firewall.

A Next-generation firewall should not be mixed up with an intrusion prevention system, which contains a non-enterprise firewall or a commodity, or an IPS and a firewall in the same devices that are not tightly incorporated.

The fundamental difference between NGFW and UTM firewalls

While the idea showcases significant deviations, there is still some trouble in understanding them. Many service providers and writers debate that there is presently no prominent difference in the usage of both types of appliances. The reason behind this is the basic dispute of using UTMs for bigger environments was resolved with the growth of the technology evolved. Some recommendations suggest that NGFW is ideal for extremely-intensive traffic environs, particularly complicated businesses that focus on a huge amount of data traffic.

Additionally, in these situations dividing security assets is crucial to the resilience and scalability of the surrounding. Thus, opinion-makers recommend the UTM firewall for SMBs where the data flow is low. Irrespective of the name and size of a business, the most crucial thing to be examined during the procedure of buying a perimeter security solution is if the resources provided match the growth and operational demands of the environs as this is the most relevant matter.

One more basic aspect is to examine the technology implemented to provide the lineaments of NGFW and UTM firewall. In reality, both of these technology mechanisms have highly contributed to the security industry in various manufacturers.

There is no answer to which one is the best, and there never will be. The ultimate goal here is to provide better security based on the content of applications and better visibility, so we can see what is occurring on the network.

Ready to See How Volico Data Centers Can Help You?
Got questions? Want to talk specifics? That’s what we’re here for.
To find out more about a Next-Gen firewall or UTM options, have one of our friendly security experts contact you to begin the conversation. Discover how Volico can help you with your Managed Security needs. 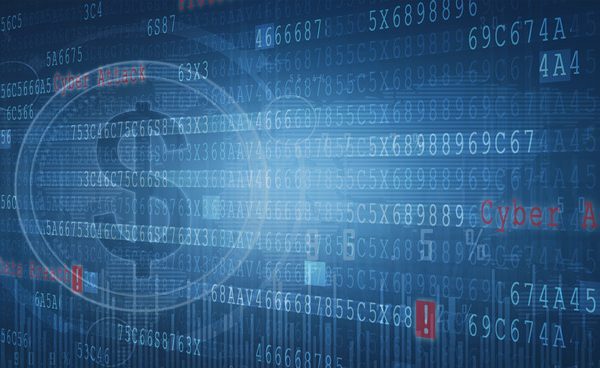 How Artificial Intelligence Will Change IT Service Management

Backup vs. Disaster Recovery as a Service: Which Is Better for You and Why?